Handmade in Alresford by Judi McGetrick 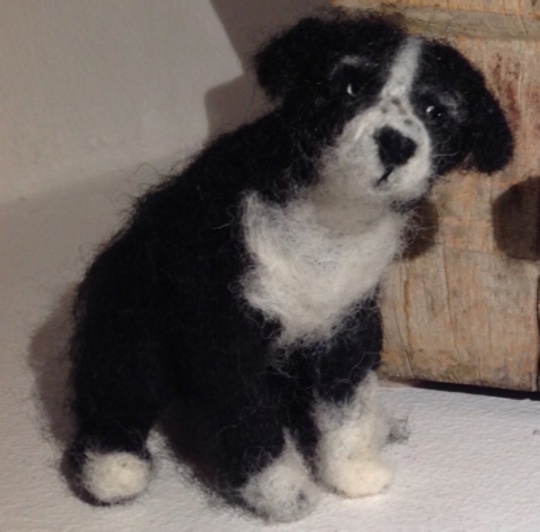 A couple of years ago I came across needle felting and the idea of creating a three dimensional felt sculpture interested me.  I could see how character and personality could be interpreted using wool as a medium. 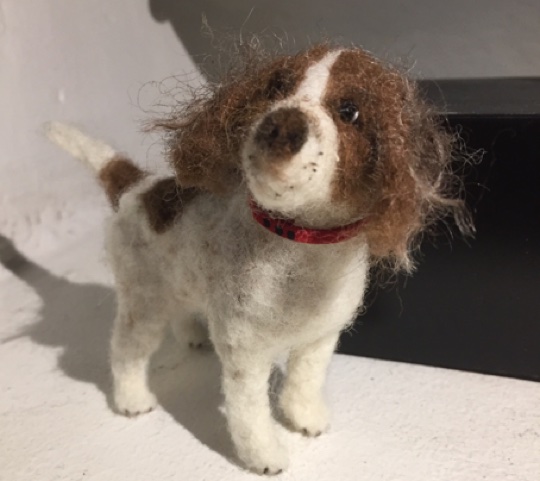 Starting with a sculpture of my own little rescue terrier, who proved to be a funny and endearing model, I then moved on to breeds in the Observer Book of Dogs! 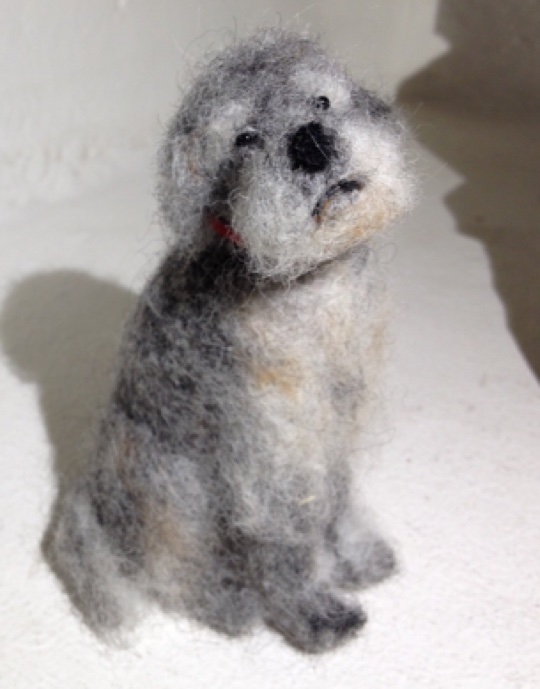 Taking over a day to make, the dogs are made mostly from British wool and each one is unique.  I work from photographs for commissions, otherwise I start with an idea in mind and let their character develop. 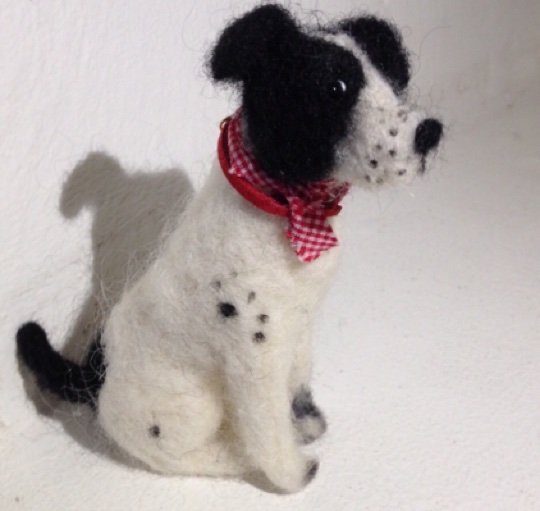 Just by an angle of the head or a light in the eye, a characteristic can be suggested, so an aristocratic breed who considers itself to be superior can be interpreted as well as the cheeky personality of a naughty little mixed breed. 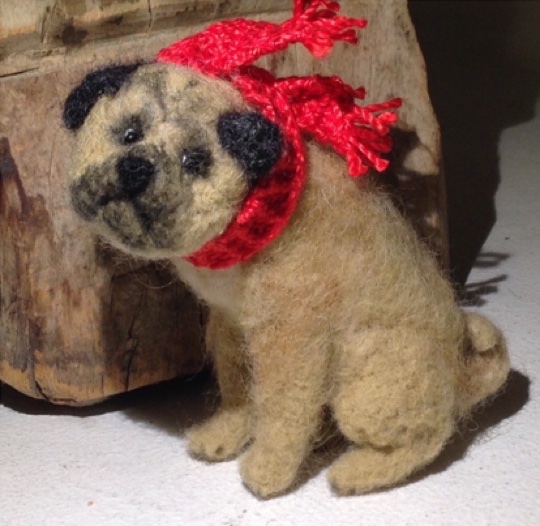 The dogs are about 4" to 6" in size. I use small amounts of wool from Norway and Australia to achieve a certain appearance.  The only part of my dogs which are not wool are the eyes.  I use glass eyes as I feel they suggest more 'life' than working them in wool. 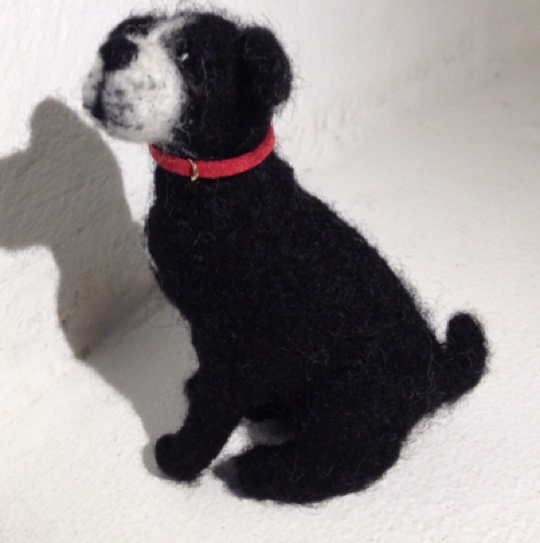 There is no wire armature in the dogs and they could be pulled apart. For this reason, they should not be given to young children... or, in fact, to dogs! 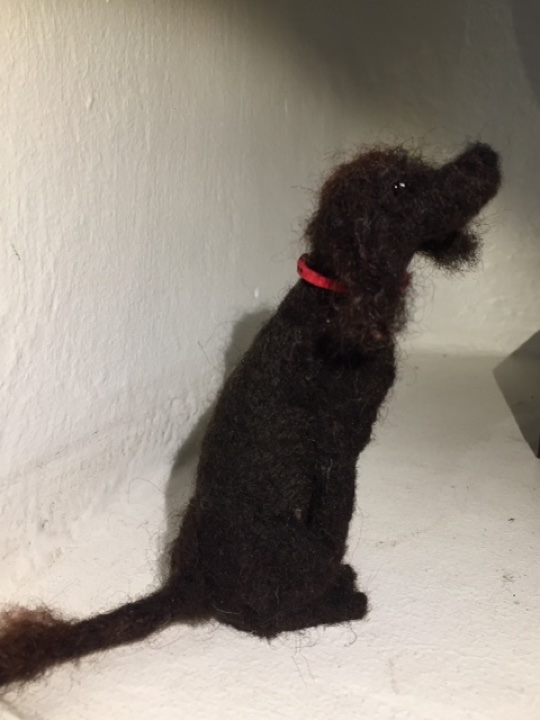 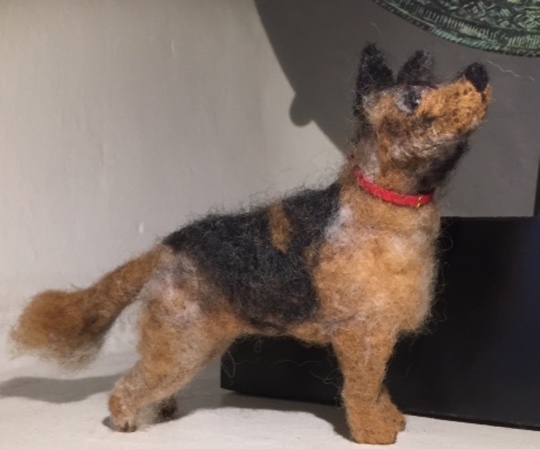 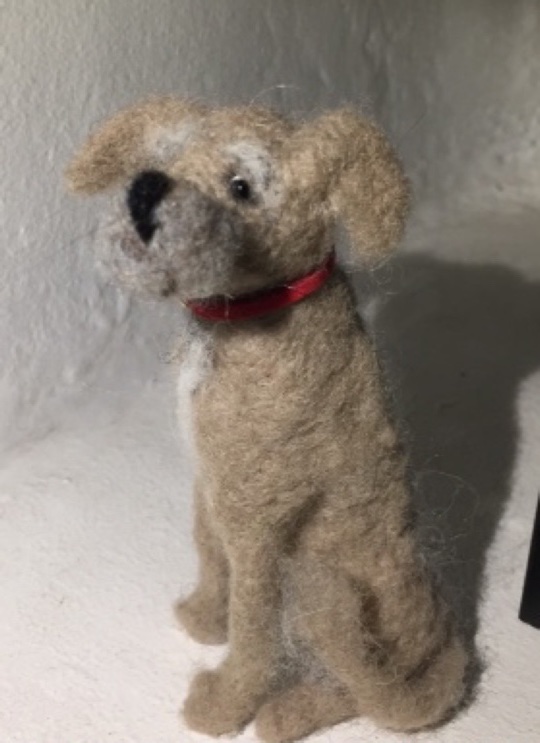 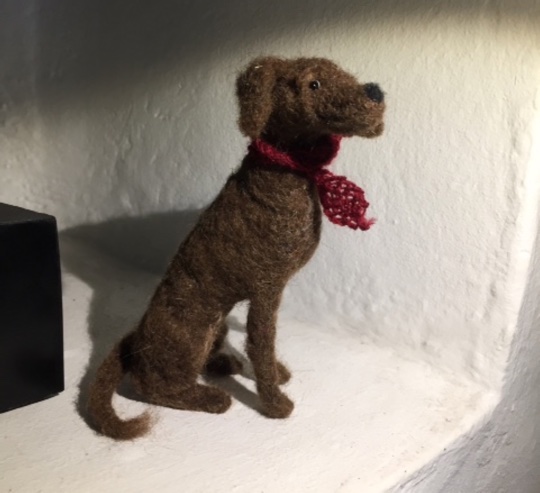 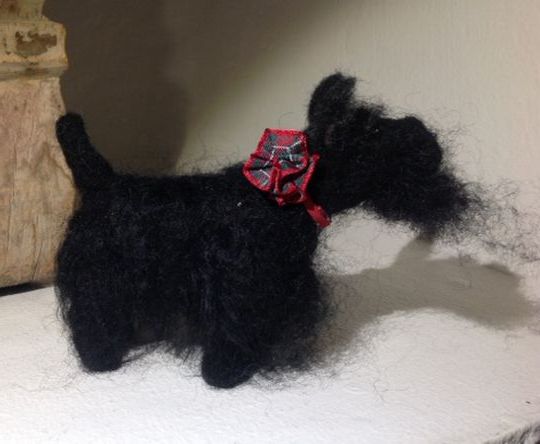 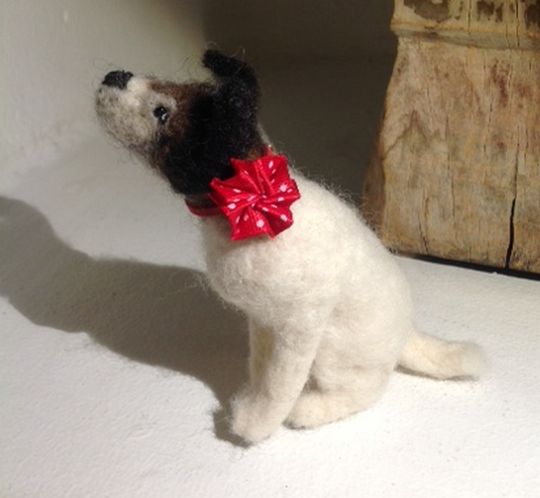